YANGON — Chinese automakers are ramping up local production in Myanmar as they go head to head with dominant and entrenched Japanese rivals in the fast-growing market.

There was a fivefold increase in the number of new cars sold in Myanmar in the three years to 2019, when sales hit 21,916, according to data from the Automotive Association of Myanmar.

The figure does not include cars sold by Chinese makers, which are not members of the association. But industry estimates put annual sales of Chinese vehicles at between 2,000 and 3,000 units, or about 10% of market share and growing rapidly.

Japanese manufacturers — still the dominant players — are warily eyeing their new rivals. “Chinese brands have the capacity to quickly expand their dealerships and earn a reputation in Myanmar,” a manager of a Japanese brand said.

Fujian-based Soueast Motor is one of the leading Chinese brands in Myanmar. Soe Thant Zaw, director of Dagon Arr Mahn Thit, a local company that manufactures and sells Soueast vehicles, said his company sold more than 1,500 units last year and 500 through March this year.

“The quality of [Chinese] vehicles has improved a lot in the last five years. They can compete with Japanese cars, which dominate the market,” the director said. The company opened a factory in Yangon, Myanmar’s biggest city, in 2019. 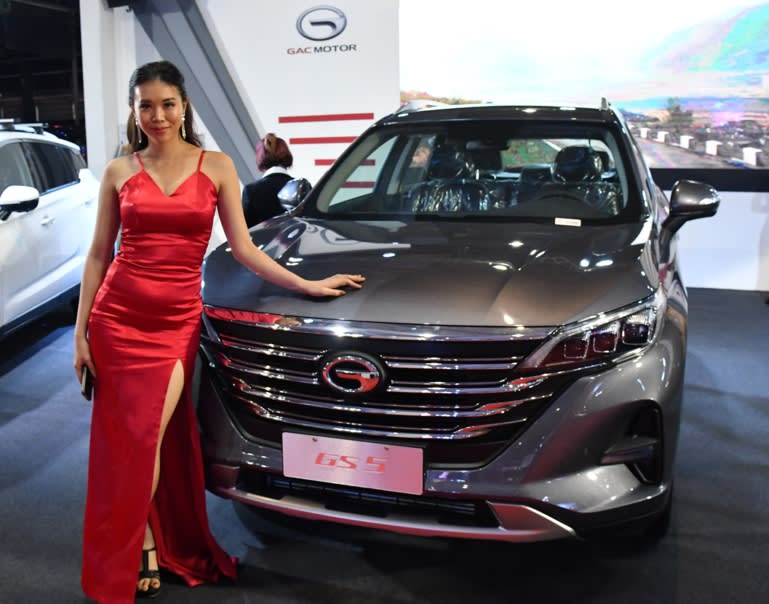 Soueast Auto now operates eight showrooms. “In the past, people in Myanmar only knew Toyota. But the younger generation — those in their 30s or 40s — prefer new cars,” Soe Thant Zaw said. “They don’t care about the brand; only quality and functionality.”

Myanmar is an attractive growth area for Chinese automakers, which face a slowing domestic market that peaked in 2017. Severe competition at home, where roughly 30% of global auto sales are made, has prompted them to shift production to emerging Asian markets in recent years.

China’s sport utility vehicles are popular in Myanmar, where road conditions are poor, and demand is strong for new vehicles in the $20,000 to $30,000 price range.

In late February, China’s Guangzhou Automobile Group and Brilliance Auto participated in the second Yangon International Motor Show. Brilliance began making SUVs in June 2019 at a factory in Yangon, and has sold more than 200 cars in about eight months, according to a salesperson at its local distributor.

LS Automotive, a Myanmar-based company which has been the sole distributor for GAC since 2016, plans to start local production in 2021.

The Myanmar government started opening its economy after the country transitioned to civilian rule in 2011. It eased restrictions on imported cars, which only the elite could own prior to the reforms, resulting in a huge influx of Japanese used cars.

But in 2018, the government banned the import of used vehicles and promoted local manufacturing of new cars in an effort to attract foreign automakers.

To incentivize purchase of domestically made cars, the government waives special goods tax and registration fees. But buyers of imported cars still have to pay them, effectively doubling vehicle cost.

To further discourage ownership of imports, the government requires buyers to obtain a “scrap certificate.” Costing about $9,000, the certificate allows the holder to purchase an import — an expense that buyers of new, locally made vehicles do not have to bear.

Demand for vehicles is so strong that the government stopped issuing parking permits for the heavily congested Yangon area in 2016.

Japan’s Suzuki Motor has been producing locally assembled vehicles ahead of its rivals. Looking to head off the new competition, the company announced in March that it would construct a new plant in Myanmar and raise annual production capacity fourfold to 55,000 units. Toyota Motor also started building a local factory, aiming to begin production in 2021.