GfK has put out a flash report into the impact the mounting coronavirus crisis is having on consumers that paints a stark picture of plummeting feelings over the economy, personal financial situations and purchase intent. 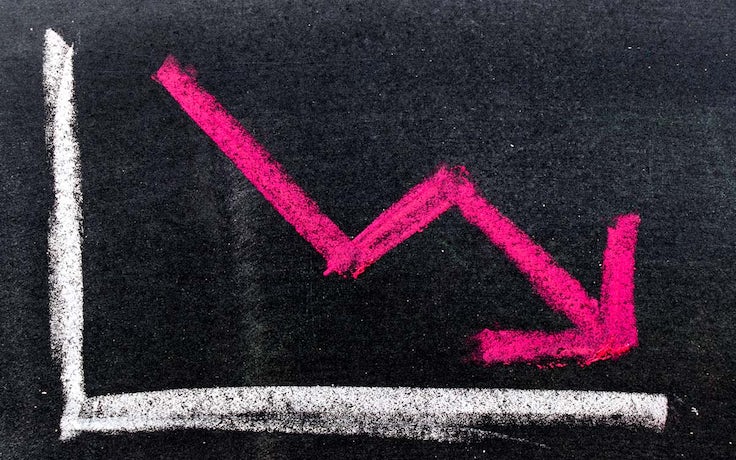 Consumer confidence has plummeted to levels not seen the recession in 2008/09 as the Covid-19 pandemic unfolds and forces Britain into lockdown.

GfK’s consumer confidence index dropped by 25 points to -34 between the first two weeks and last two weeks of March. That marks the biggest fall since records began in January 1974.

GfK usually only runs the index once a month but has put out a ‘flash’ index to determine the impact the mounting crisis is having. Its last regular index used data from before the UK went into lockdown.

The major purchase index, which measures intention to purchase big ticket items such as furniture and electrical goods, has plummeted by 50 points to -52. This compares to a score of six in February 2020 and one in March 2019.

People’s feelings about their personal financial situation over the next 12 months – which GfK’s client strategy director Joe Staton believes is the “most telling number” – declined by 20 points to -17. 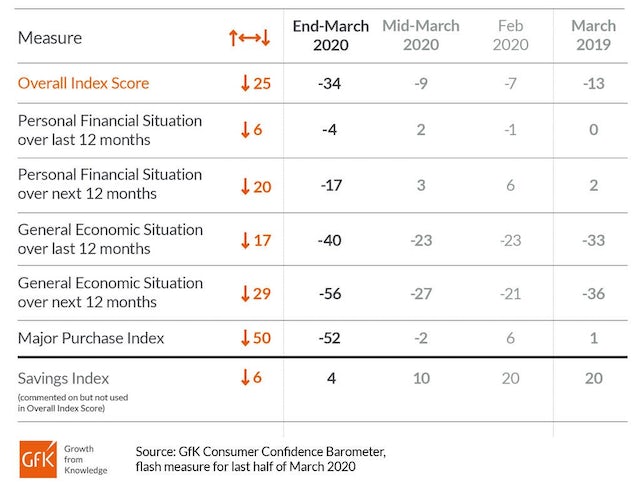 “Our Covid-19 ‘flash report’ shows a dramatic result with consumer confidence falling off the cliff in the last two weeks of March. The last time we saw such a decline was during the 2008 economic downturn,” Staton says.

“Our falling confidence in our personal financial situation and the wider economy reflects the new concern for many across the UK. Despite record grocery sales, and recent peaks for purchases of freezers, TVs and home office equipment as people prepared for a long period in the home, the major purchase endex is down 50 points – a stark picture for some parts of the retail industry in the short to medium term.”

The savings index is also down by six points over the course of March to four, which shows people do not believe it is a good time to save. In the prior month and March 2019, the savings index was at 20.