Global cases have reached 1,136,851, according to the World Health Organization. 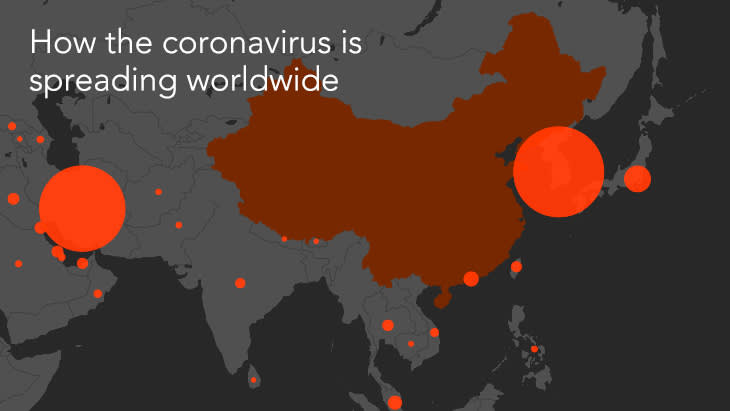 7:33 p.m. Thailand decides to extend a temporary landing ban on international passenger flights. The measure was originally set to end on April 6, but will now last until April 18. All flight permits granted for the period are canceled.

6:52 p.m. Japanese Prime Minister Shinzo Abe says he plans to declare a state of emergency in seven prefectures — Tokyo, Kanagawa, Saitama, Chiba, Osaka, Hyogo and Fukuoka — but adds, “we will not lock cities down.” The advance notice pushes companies and their employees to prepare for an extended period of teleworking.

5:46 p.m. Indonesia reports 218 new cases on Monday, bringing the total to 2,491 with 209 deaths and 192 people who have recovered. Jakarta’s manpower agency over the weekend reported that over 30,000 workers have been laid off and 132,000 put on unpaid leave in the Indonesian capital due to the coronavirus crisis.

5:30 p.m. Tokyo confirms 83 new infections, sources say, as the Japanese government moves closer to declaring a state of emergency that would likely be applied to the capital and Osaka areas.

4 p.m. Singapore unveils S$5.1 billion ($3.55 billion) in additional economic spending measures such as wage support, a waiver on levies and one-off payments to combat the coronavirus pandemic. The steps will increase total spending on coronavirus relief to S$59.9 billion, or 12% of gross domestic product. Singapore has reported a total of 1,309 coronavirus infections and six deaths.

2:58 p.m. India confirms 693 more coronavirus cases, taking its total to 4,067, according to a Health and Family Welfare Ministry report. The number of deaths jumps to 109, up 32 from Sunday morning and marking the country’s largest 24-hour increase.

13:10 p.m. Indonesia paroled over 30,000 prisoners on Sunday after officials worried that overcrowded prisons could accelerate spread of the virus among inmates. 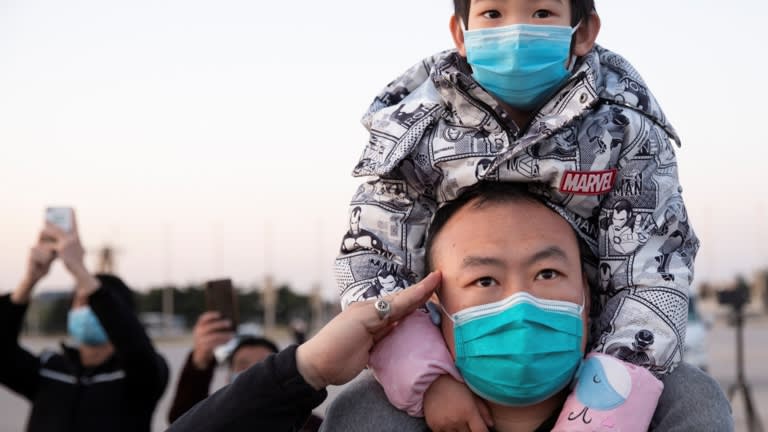 A man salutes during a national day of mourning for COVID-19 victims in Beijing on April 4.

12:10 p.m. China reports 78 new asymptomatic infections on the mainland as of Sunday, compared with 47 the day before. It also confirms 39 new cases on the same day, up from 30 on Saturday.

9:34 a.m. Japanese Prime Minister Shinzo Abe has decided to declare a coronavirus emergency, Nikkei learns, as new cases in Tokyo increase at a record pace. Tokyo and surrounding areas, as well as Osaka, are expected to be affected by the declaration.

2:00 p.m. A majority of people in Thailand are not confident whether the government would be able to contain the Covid-19 spread and most are not satisfied with its handling of the situation, according to an opinion survey by Suan Dusit Rajabhat University, the English-language daily Bangkok Post reported. Thailand also reported 102 new coronavirus cases and three more deaths, the Centre for Covid-19 Situation Administration said on Sunday.

8:00 a.m. U.S. President Donald Trump told reporters at a briefing that “there’s going to be a lot of death,” and asked Americans to brace for a big spike in coronavirus fatalities in the coming days, as the country faces what he called the toughest two weeks of the pandemic.

3:00 a.m. Dubai imposed a two-week lockdown Saturday night. It had been under an overnight curfew along with the rest of United Arab Emirates since March 26, but its Supreme Committee of Crisis and Disaster Management said the lockdown would now run around the clock for two weeks, the state news agency WAM said.

2:48 p.m. India’s confirmed coronavirus cases hit 2,902 in the morning, an increase of 601 since Friday morning, according to the latest Health and Family Welfare Ministry data. The ministry has also recorded 68 deaths, up 12 over the same period.

11:34 a.m. Far fewer people are on the streets of shopping areas in Tokyo and other cities in Japan on Saturday, after authorities issued stay-at-home requests to combat the spread of the new coronavirus.

10:41 a.m. South Korea says it will extend its intensive social distancing campaign, which had been scheduled to end Monday, as concerns about imported coronavirus cases and new outbreaks in small clusters persist, reports Reuters.

10:14 a.m. Mexico’s health ministry says the number of people who have died of coronavirus in the country has risen to 60, up from 50 a day earlier. It has registered a total of 1,688 coronavirus cases, up from 1,510, reports Reuters.

4:29 a.m. Spain overtakes Italy for the first time in the number of confirmed coronavirus cases, but the overnight death toll fell from the previous day, reports Reuters.

3:58 a.m. Anyone expected to be near President Donald Trump or Vice President Mike Pence will be given a rapid COVID-19 test, the White House says.

3:51 a.m. Turkey imposed a partial curfew on citizens under the age of 20 effective midnight on Friday, says President Recep Tayyip Erdogan. It also decides to shut down the borders of 31 cities, including Istanbul, for all vehicles, excluding transit passage and essential supplies.

3:00 a.m. The volume of internet data used in Japan jumps 40% in roughly a month, prompting concerns about overwhelming the network.

1:35 a.m. The parent of All Nippon Airways seeks $2.79 billion in financing from a program run by the government-backed Development Bank of Japan.

1:00 a.m. New York reports the state’s biggest 24-hour death toll, with 562 succumbing to COVID-19 since a day earlier. New York City ranks seventh in the world in total COVID-19 deaths, just ahead of the Netherlands, according to Johns Hopkins University’s Coronavirus Resource Center.