Global cases have reached 1,776,867, according to the World Health Organization. 4:33 p.m. Nomura Holdings says it will postpone its earnings announcement for the year ending March 31 until May 8. The Japanese securities company had planned to publish its earnings April 24, but with many employees forced to work at home it has become difficult to compile the necessary figures in time, it said.

3:55 p.m. Thailand reports 34 new confirmed cases, up from 28 on Monday and pushing the cumulative total to 2,613. One fatality was added bringing the death toll to 41.

1:50 p.m. Indian Prime Minister Narendra Modi extends the nationwide lockdown to May 3. The lockdown was set to end at midnight tonight.

12:50 p.m. China has approved early-stage human tests for two experimental vaccines to combat the new coronavirus, state media Xinhua reports. The vaccines are being developed by a Beijing-based unit of Nasdaq-listed Sinovac Biotech, and by the Wuhan Institute of Biological Products, an affiliate of state-owned China National Pharmaceutical Group.

12:30 p.m. A total of 111 Africans in the Chinese city of Guangzhou have tested positive for coronavirus as of Monday, Xinhua News Agency reports. Of these, 19 cases were imported, said the executive vice mayor, adding that 4,553 Africans have been tested since April 4.

11:24 a.m. Sony decides to extend its suspension of two factories in Malaysia that make TVs and audio products until May 28. The Japanese company had planned to restart operations today but was asked by the Malaysian government to hold off, according to Sony.

9:50 a.m. China reports 89 new coronavirus cases, down from 108 the previous day, the National Health Commission says. All but three cases were imported. China’s state broadcaster says 79 of the day’s imported cases were in the northeast province of Heilongjiang, which shares a border with Russia.

8:40 a.m. It is unclear whether patients who have recovered from COVID-19 are immune to further infection, the World Health Organization says on Monday, as they may not develop sufficient antibodies to resist the virus the next time it enters their body. A child receiving a measles vaccination in the Democratic Republic of Congo on March 3, 2020. The coronavirus pandemic has overwhelmed health service providers.

8:30 a.m. More than 117 million children could miss out on their measles shots as the coronavirus pandemic forces social distancing and pressures health services, the United Nations says. Twenty-four countries have already delayed measles immunization campaigns and more nations will follow suit. As a result, children in 37 countries could be at risk.

6:45 a.m. French President Emmanuel Macron extends a virtual lockdown to curb the coronavirus outbreak until May 11, saying that progress has been made but the battle not yet won.

4:25 a.m. Health ministers from the Group of 20 countries will hold a virtual meeting on April 19 to discuss the international response to the coronavirus pandemic.

3:10 a.m. New York Gov. Andrew Cuomo says he is coordinating with the governors of New Jersey, Connecticut, Pennsylvania, Delaware and Rhode Island to reopen after the coronavirus shutdown. 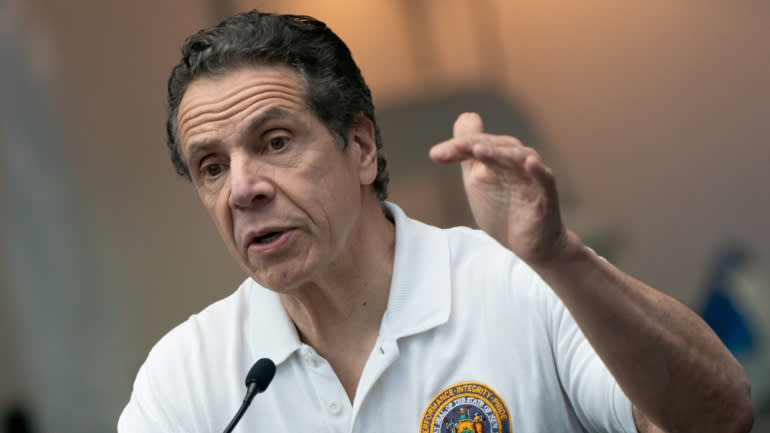 New York Gov. Andrew Cuomo said on Monday, local time, that he believed “the worst is over.”

3:08 a.m. Thailand will deploy targeted tax cuts to encourage and other crucial items that are in short supply.

1:12 a.m. New York Gov. Andrew Cuomo says that he believed “the worst is over” for his state as hospitalizations appeared to be reaching a plateau and the daily increase in deaths came to 671, the lowest total in about a week. U.S. stocks rise.