JAKARTA — The coronavirus outbreak could serve as a catalyst for Indonesia become a cashless society and embrace digital banking, a director at Indonesia’s biggest bank by assets said, as people stay indoors for to avoid infection.

Though no official lockdowns are in place in the archipelago and banks remain open as they are deemed essential services, digital banking services are seeing a rise in demand, according to Indra Utoyo, director of digital, information technology and operation at Bank Rakyat Indonesia.

This is an “opportunity to support more transactions as efficiently as possible, and this is [done through] digital. This is the moment for us to drive the digital innovation,” Utoyo said. He said the bank’s mobile banking service saw a 10% month-on-month increase in volume of transactions in March, and its digital lending service Pinang has seen its loan volume rise by 22% in the same period.

Indonesia did not have any confirmed cases of COVID-19 until March 2. Indonesia in recent years has rapidly embraced digital financial services with the adoption of payment platforms like Gojek’s GoPay and it’s rival OVO, and 61% of internet users use mobile banking, according to a survey by wearesocial, a figure comparable to Singapore’s 64%. However, Utoyo said people in Indonesia still prefer to conduct transactions using cash. COVID-19 “is a momentum, a force to adopt new ways of transaction. It accelerates very significantly a shift to cashless society.”

LinkAja, a digital payment platform jointly owned by state-owned banks including Bank Rakyat and companies, has seen a surge in user numbers. The platform, which was launched last year to take on GoPay and OVO but has so far failed to provide meaningful competition, saw a 20% month-on-month growth in user numbers in March and a 15% increase in transaction volume, Utoyo said. 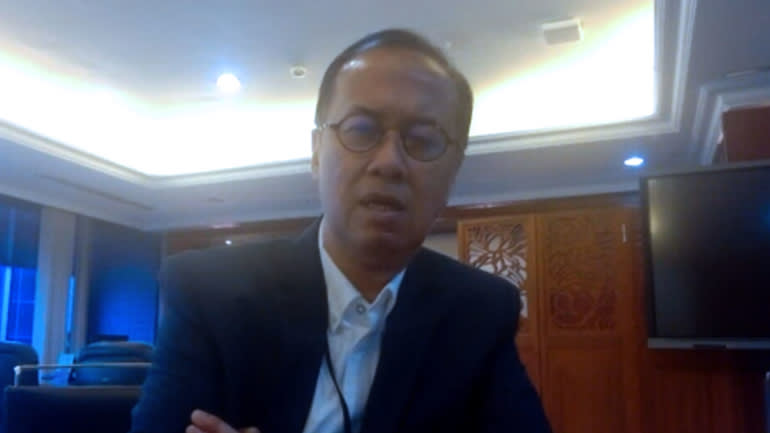 The director is also anticipating “new customers” joining LinkAja, as it has been designated as one of the platforms to be used by the government to provide social assistance payments to the needy to tackle the impact of the coronavirus.

On the bank’s general performance, Utoyo admitted the majority state owned institution will likely be negatively impacted by the coronavirus, as it is focused on lending to micro, small and medium enterprises, sectors that are bearing the brunt of the economic downturn. Sixty percent of its outstanding loans are to the MSME sector, while a further 16% are to consumers, another potential source of distress further down the road.

But Utoyo said there may also be a silver lining to the pandemic. As people and businesses — even those that were previously unbanked or underbanked — embrace digital financial services more as they are forced to stay indoors “we can capture more data and [provide] better social, credit scoring,” he said.

“We will suffer for a certain period, but after that there is a opportunity for us. … There is always a positive side in any situation.”