TOKYO — In the early days of the coronavirus crisis, Dr. Arnon Afek started his mornings pouring over the latest literature on the disease. Lately, the associate director general of Israel’s Chaim Sheba Medical Center has abandoned the routine.

“It became an impossible task,” he told the Nikkei Asian Review. “The number of papers written is incredible. Knowledge is increasing day by day.”

Afek’s hospital, regarded as Israel’s best, is spearheading the fight against the virus. He is confident it is a battle his country, Asia and the world can win by sharing that knowledge.

Since the epidemic exploded out of China, a number of countries have demonstrated what can help curb the spread. Singapore has won plaudits for rigorous tracing and social distancing. South Korea arguably set the standard for large-scale testing with its drive-thrus.

But last week, when a Hong Kong venture fund ranked the safest places to be during the pandemic, Israel came out on top.

Deep Knowledge Ventures, which made headlines in 2014 for appointing AI to its board, assessed countries based on 76 parameters. Some were conventional — coronavirus cases and deaths, geographic size and demographics, hospital capacity and medical expertise. Others were less obvious — “GovTech” or e-government systems and defense capabilities.

Overall, the fund thinks Israel has the edge, at least for now.

“The country is comparatively small, well-organized and their GovTech management system is quite efficiently applied nationwide,” Dmitry Kaminsky, DKV’s managing partner, said in an interview, noting the rankings could change over time.

Singapore stood in second place as of April 1, followed by Hong Kong in fourth and Taiwan in fifth. Japan came in sixth, with South Korea rounding out the top 10. All have sophisticated health care systems. But Kaminsky suggested Israel’s decades on a war footing give it an extra advantage when it comes to sealing borders, mobilizing resources and confronting any geopolitical threats that might arise from the pandemic.

This sounded plausible to Afek.

“We work in peaceful times to prepare, to do drills, and to ensure all our systems speak in one ‘language.’ All the hospitals, the emergency services, the army, the police … know how to work because we do it during drills,” he said, careful to add that they never practiced for a crisis exactly like this one.

Factor in a “well-developed tech sector and some level of social discipline,” as Kaminsky put it, and you have a high degree of safety.

Safety, of course, does not mean immunity.

Israel’s case total has surged past 8,000 in the past few weeks. Most infections are mild and the death toll stood at 47 as of Sunday, but the outbreak has reached the highest levels of government. Health Minister Yaakov Litzman tested positive last week, forcing Prime Minister Benjamin Netanyahu into quarantine for the second time.

The virus has spread despite Israel’s early quarantine restrictions on arrivals from hot spots and, since March 12, the whole world. The government has also closed schools, banned gatherings of more than 10 people, instructed most citizens to stay home and used high-tech anti-terrorism surveillance to track cases. A multilingual Health Ministry app alerts users to possible exposure. 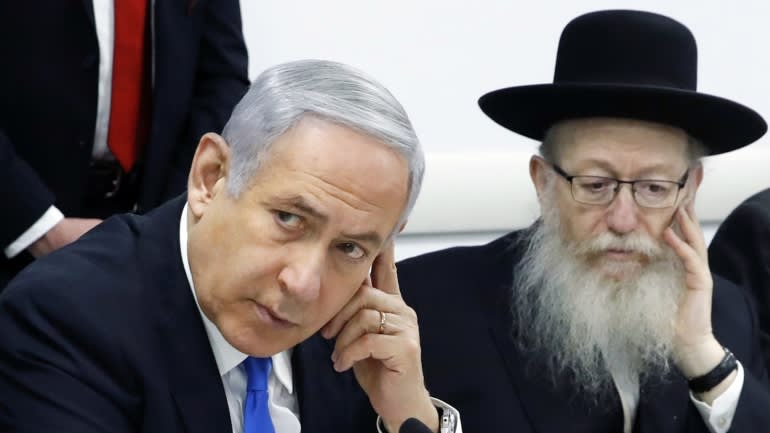 Within Israel, critics have still argued the government should have been better prepared. And public discipline has not been universal: Authorities have struggled to stop infections in parts of the insular ultra-Orthodox Jewish community who did not obey precautions.

The surge was “expected,” said Dr. Eyal Leshem, director of Sheba’s Center for Travel Medicine and Tropical Diseases. He said that testing roughly quadrupled within a couple of weeks, and “when you test you find more positives.” Lately, daily tests have reportedly reached around 6,000; the goal is 30,000.

What Israel has not seen yet is a flood of severe cases, Leshem stressed. “We’re pretty confident that our social distancing measures have been effective,” he said. “Now the question is, were they effective enough to prevent a surge in severe hospitalizations and deaths? On that, the jury’s still out.”

Afek said Israel learned a lesson from South Korea about testing. “I would say we did not test enough people at the beginning. We ran a very conservative testing effort. When we study what we did, I think we’ll see we should employ it much earlier. This is something I believe South Korea did, and we should learn from their experience.”

Another lesson concerns face masks, Afek said, flatly rejecting arguments from some quarters that they are ineffective. “That’s one of the things you’ve been doing in China, in Japan, and we should learn that from you. It makes a lot of sense.”

What Israel can offer the world, meanwhile, might be innovative technology. 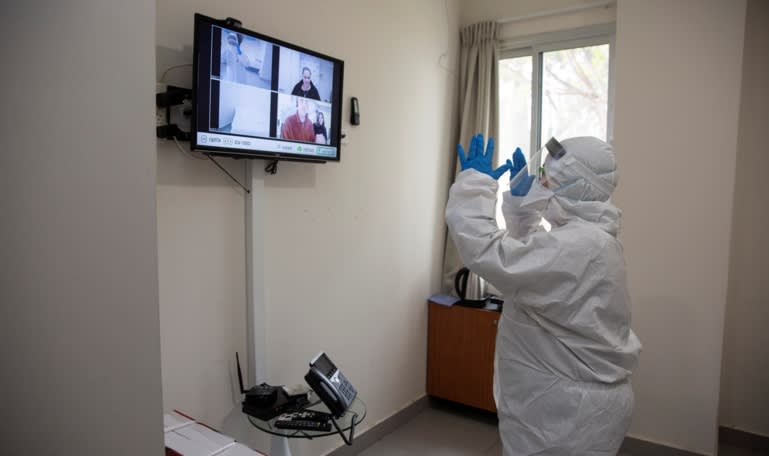 Chaim Sheba Medical Center in Ramat Gan, near Tel Aviv, uses a range of tools to minimize risky contact between staff and patients.

The country of about 9 million people prides itself on its reputation as a “startup nation,” and has seven companies on CB Insights’ latest list of “unicorn” ventures worth at least $1 billion. Sheba — ranked ninth on Newsweek’s list of the world’s best hospitals this year — itself runs an innovation center, collaborating with researchers and hospitals in Europe, the U.S. and U.K.

“A large number of startups are now working and trying to help fight corona,” Afek said. “Investing in new ventilators, diagnosis, treatment — everything is being done here.” Many of the gadgets are intended to minimize risky contact between health care workers and virus patients, like remote sensors for checking vital signs.

“We’d love to help the international effort to fight COVID-19,” he said. “Diseases don’t stop at the border.”

That includes the borders with the West Bank and Gaza.

The Palestinian territories lag far behind in Deep Knowledge Ventures’ safety ranking, in 37th place. As of Sunday, 217 coronavirus cases had been detected, with one death. But a United Nations humanitarian agency has warned that “the capacity of the Palestinian health system to cope with an expected increase in COVID-19 cases is severely impaired by long-standing challenges and critical shortages.”

Yet, the crisis may be bringing out the best on both sides of the bitter, decadeslong conflict. The U.N. agency, which is typically sharply critical of Israeli policy, also said that “the Palestinian and Israel authorities have maintained a close, unprecedented cooperation on efforts aimed at containing the epidemic.” 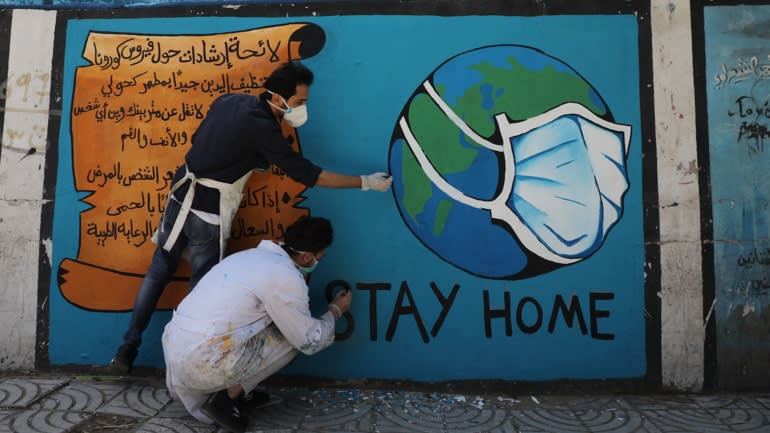 Palestinian artists draw a mural to raise awareness of the coronavirus threat in Gaza City on April 2.

Afek said it was “important” for Israel to help and said Palestinian doctors have visited Israeli hospitals, while Israeli teams were sent to the West Bank and the Gaza border to “share with them our experience.”

Likewise, the doctor suggested that once any country gains the upper hand against the virus, it should look to assist others in need.

Afek calls himself a “careful optimist.” But the daily morning deluge of coronavirus studies has convinced him of one thing.

“Of course we can beat the virus.”