BANGKOK — As the coronavirus pandemic deals a devastating blow to hospitality companies in Asia, Indian startup Oyo Hotels & Homes is providing rooms to those fighting the disease at a deep discount while many of its rivals shut their doors.

Oyo hopes to turn the unprecedented crisis into a branding opportunity. The budget chain backed by SoftBank Group offered free or discounted accommodations to local governments for medical professionals and quarantined patients.

Most of the company’s roughly 18,000 hotels in India are “contributing in some way to the nationwide efforts to fight the crisis,” a spokesperson said. Rooms are provided for an estimated 1,000 rupees ($13) or less a night, while similar offers are made for its U.S. properties.

The situation is grim for the region’s hospitality industry. “We had just one guest checking in yesterday, and our occupancy rate has slipped below 10%,” an employee at a luxury hotel in Bangkok said late last month.

Central Plaza Hotel Public Co., the Thai player behind the Centara brand, closed 28 properties starting Wednesday domestically and abroad — over 60% of its portfolio. Minor International, which runs Anantara hotels, shut down 18 properties the same day in Bangkok, Phuket and elsewhere. 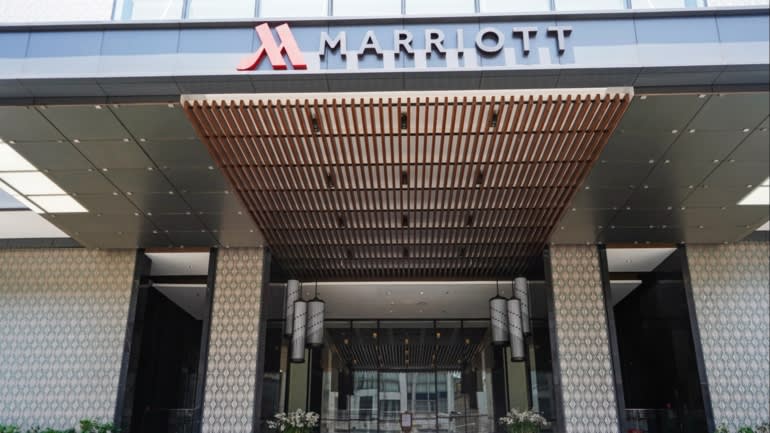 A Marriott in Bangkok: The hotel industry’s occupancy rates in Thailand and Malaysia sank to the 30% range in March, down by half on the year. (Photo by Akira Kodaka)

Vietnam’s Vingroup has suspended operations at seven resort hotels in destinations such as Danang.

Players in some countries had no choice but to close temporarily. The Philippines restricted movement March 17 on the main island of Luzon, home to about half of its people, telling hotels to shut down. Malaysia, having essentially closed its borders, ordered hotels to accept no new guests. All hotels have suspended operations in India, now on nationwide lockdown.

Occupancy rates in Thailand and Malaysia sank to the 30% range in March, plummeting by half on the year, U.K. hotel industry researcher STR said. Malaysia eked out a year-on-year gain in January, while Thailand kept its decline to 3%. But the rates started plunging in February.

“Generally speaking, if occupancy rates fall to 30% to 40%, hotels are said to go under in less than half a year,” said Kenichi Shimomura of German consultancy Roland Berger.

Luxury hotels in Singapore such as Mandarin Oriental and Marina Bay Sands are offering special packages with perks such as room upgrades for local residents. Singapore’s tourism industry is receiving support from the government, and Prime Minister Lee Hsien Loong has urged locals to go on “staycations” in which they spend the night at hotels.

Other hospitality companies are making tough decisions. South Korea’s Hotel Shilla postponed the April opening of a Vietnamese location in Danang. Hotels in Malaysia furloughed over 2,000 workers by March 20, according to an industry group. The cafe at Sofitel Legend Metropole Hotel in Hanoi is empty on March 9.

The Indonesia Hotel and Restaurant Association said the two industries suffered $1.5 billion in losses this year through March 12. Hotels in Malaysia endured cancellations of 190,000 rooms worth 75.69 million ringgit ($17.5 million) between Jan. 22 and March 20, said the Malaysian Association of Hotels.

Investors are dumping hospitality shares. The combined market capitalization of hotel stocks in Asia has shrunk by one-third since the start of 2020, QUICK FactSet said.

Minor International has plummeted 57% while Shangri-La Asia tumbled 35%, outstripping the 10% to 20% drops for automakers and electric-machinery manufacturers.

Many hotel operators in Asia — the fastest-growing tourism market — are saddled with heavy debts after boosting investments. The future is at risk for those with weak financial health, warned an analyst at Indian securities firm Edelweiss.

Emerging economies in Asia rely heavily on tourism revenue, and some are hammering out measures to rescue the industry.

Thailand will offer low-rate loans to tourism operators and let them postpone income tax payments. Singapore will cover up to half of disinfection costs through April at hotels where guests suspected of having COVID-19 had stayed.